Hello again! What a whirlwind of a few weeks since I last caught up here, the time has been pretty crazy busy but I can honestly say I’m loving the work and balance between Pantomime prep and Chitty and this year’s workload with Dick Whittington at 4 Venues and Aladdin in Bluestone Resort) is our biggest to date but somehow it all seems to be ticking along nicely, (Maybe its because compared to last year my focus is solely my work and not distracted by pretty wedding dress fittings, table plans and plans on saying “I do”!)

Thanks for checking in with me again by reading this, I hope you’re enjoying our new Jermin Productions website? It is all Thanks to the great team at Celf Creative. Thank you to them for having to deal with such a “tech nono” ( suppose that’s why I chose a career in performing!) The team at Celf have been so helpful in setting us up with this updated and more flexible website and hope you’ve managed to navigate your way around.

So this week at JP HQ we’ve been pretty busy from securing our Musical Director and Band and starting the song choice process plus going editing photos from our Cast shoot, planning and researching our Relaxed Performances to make our Pantomime more accessible than ever before (For more information on these performance, just get in touch with myself or our team!) Finally we have started to put together our poster design, all whilst Chitty has been going from the North to the South of the country. Our company literally travelled opposite ends of the UK appearing in Newcastle one week (a touring Venue I had never had the pleasure of performing before but absolutely loved!) and then Plymouth just last week. Both cities offered so much, including a brilliant birthday bash for our current Baroness Bomburst Michelle Collins. 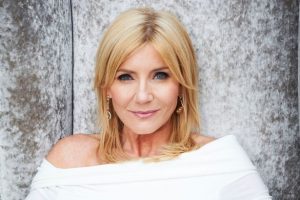 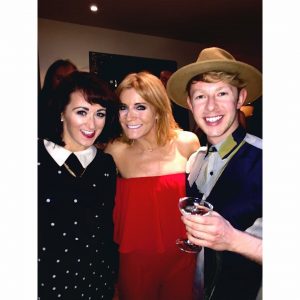 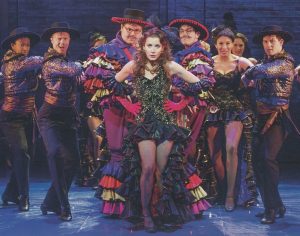 I received some great news too for all Chitty fans. As you may know I’m hugely excited for the show to come to Cardiff from 3rd August for a 3 week run at Wales Millennium Centre as this is our only Welsh venue and the closest that I will get to being at home.

Our time in Cardiff will also see a cast change for our Baroness Bomburst (a role which I cover in the show) as Michelle Collins will finish her run on the 30th July and will be replaced by Claire Sweeney from the first performance in Cardiff.

I’m so excited to work with Claire once again, having shared the touring stages with her on Legally Blonde in 2012. However Claire is unavailable for 2 of the performances in Cardiff on Sunday 7th August, so guess who will be playing the Baroness for the 2 performances on 7th August? Yours Truly! (excuse the bad Chitty pun!) but I’m just thrilled to be able to play a role so close to my hometown of Swansea, and to perform at such a special and prestigious venue. 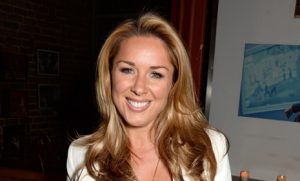 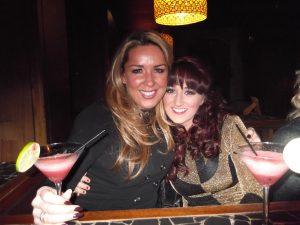 I’ve got to say that always appearing in Cardiff is so special to me, but the WMC has got to be one of the best theatres in the country, it is so well equipped, and in years and years to come it would be so brilliant to produce a show there (dream big and all that jazz!)

Anyways, people to see, places to go and things to plan! (Had to pay homage to the amazing National Theatre play People Places and Things from when I watched a few weeks ago.) Also want to say how much I enjoyed seeing my friend Marc Antolin in The Flying Lovers of Vitebsk at the Globe Theatre. Both productions were beautifully inspiring and I adore watching other people’s work.

Now I’m off to plan the next month, I’m really looking forward to the next few weeks which includes some mammoth script writing sessions and of course spending some much needed time in the beautiful homeland of Wales.