Yes, it maybe a Monday morning as I write this, and this month may be dubbed to be filled with “April showers” but I’m buzzing with all things showbiz as we head into what I’m going to call the month of Theaster!!

Kicking off this week and an event i’m planning on attending is the Press Night of Broadway musical 42nd Street as it returns to London’s West End and Theatre Royal Drury Lane. The curtain will rise with forty pairs of tapping feet on the award winning musical and rags to riches tale, full of sequinned costumes, and tap shoes to match! This has been a real smash hit previously on Broadway, London and several tours, and I’m really excited to watch this guaranteed crowd pleaser.

The show, when last in London’s West End in 1984 gave an unknown understudy by the name of Catherine Zeta Jones the opportunity to play the lead character Peggy Sawyer due to the indisposition of the lead actress. The Welsh beauty claimed her chance to shine” and the rest they say is history… or showbiz (which ever way you look at it!) Being a fellow Swansea gal, I of course am a fan of Catherine Zeta Jones, her career, her passion, her beauty and how she has made Wales proud of her Oscar worthy talent in the musical adaptation of Chicago inspired my 13 year old self to take a serious shot at this performing industry. 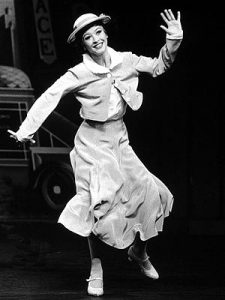 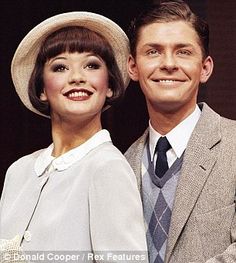 April also sees Jermin Productions working with the South Wales Evening Post as we launch our FIRST EVER Production of Up Next. Following the success and popularity of on screen competitions like The Voice, X Factor and Britain’s Got Talent, our teams are aiming to bring the focus back to South Wales and the sensational talent we have within our local areas. Jermin Productions want to celebrate the potential of the next generation by hosting a grand production showcasing the best of the best within Wales. Hosted at the Princess Royal Theatre during the Easter Holidays, this Production aptly titled “UP NEXT” will feature and celebrate the most recent uncovered Talent. This production isn’t a competition but a dynamic and exciting showcase which celebrates the talent in this area of Wales, and will be the must seen place to be for all budding performers.

“You’re going out a Youngster, but you’ve got to come back a star…” are words that echo from Julian Marsh, a character from the musical about the famous New York Street. And no words could be truer for any young aspiring performer who wants to follow in the footsteps of Catherine Zeta Jones, Just like the beloved Hollywood actress, we are looking forward to meeting the young, welsh hopefuls who are grabbing this performance opportunity with both hands. Hungry, passionate and wildly talented, the youth of South Wales and performers involved in UP NEXT 2017 are definitely on their way to follow in the foot steps of Miss Zeta Jones. 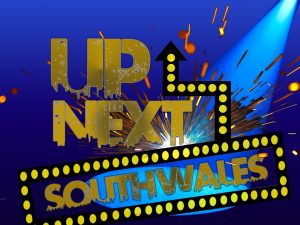 This UP NEXT Event invites all young performers to join in unity to celebrate what South Wales has to offer. It is an event created to champion the next generation of visionary performers and artists and to celebrate creativity, talent and professionalism within the industry.

“And the Winner is…”

April sees another stagey filled event in its calendar with the 2017 Olivier Awards, one of UK Theatre’s biggest nights to celebrate the productions which have debuted in the last 12 months. I’m particularly excited about this year’s Awards now that it is streamed live on ITV and I’m sure Jason Manford will do a stellar job as host to this year’s awards. From working with him on both Chitty Chitty Bang Bang and The Producers he has a huge love for Theatre and is particularly excellent at dealing with awkward on stage moments (i.e if Chitty the car wasn’t feeling up to it coming out of the wings on time!)

Speaking of Awards, it was amazing to see online and read about the first ever Great British Pantomime Awards – (Bravo to the team that pulled out the stops last month at London’s Theatre Cafe. Huge Congratulations to the winners and all those shortlisted, yes we all know how gruelling Panto can be, yet we still come back for more every year! I know Mark and I are already planning to pull out all the stops with our forthcoming Pantomime- our BIGGEST Panto to date: Jack and the Beanstalk will tour to 5 Theatres and more news will be revealed by the end of the month!

Lastly but most importantly, I must take this opportunity to share my thoughts and condolences to the family of the wonderful Alex Frith. She was a sparkling jewel to South Wales (with and without her incredible outfits!) and will continue to be an inspiration to Mark, myself and so many from our hometown of Swansea who share the love for Theatre and performing. Alex’s spirit sparked a flame for me, and it was Alex who gave me the opportunity of performing on the Grand Theatre stage for the first time on my own, a moment I will never forget. I will always remember walking through the doors of Swansea’s YMCA aged 9, with my Mum to audition for the first ever “The Best is Yet to Come” show at the prestigious Grand Theatre. Me wearing a high collared fur coat to cover the layers of silly costumes I was wearing underneath, (all meticulously rehearsed to themed music to go with each character don’t you know!) and carrying a vanity case packed with wigs ready for the impressions I was attempting to pull off! Her warm smile was infectious and her encouragement “Go on kid, take another bow” will live on. Alex’s love for children’s stories, the creativity and organisation for her productions and endless Charity work has certainly influenced Mark and I… Thank you for being such a treasure xxx 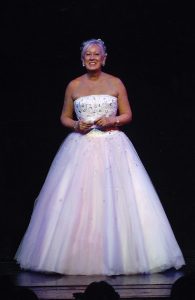