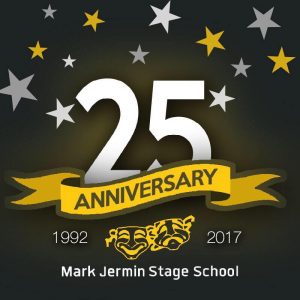 The Mark Jermin Stage School this year marked it’s 25th Anniversary! From the small and humble beginnings at Pontlliw Village Hall, the school has grown tremendously throughout it’s years, with it’s heart very much belonging to Swansea. 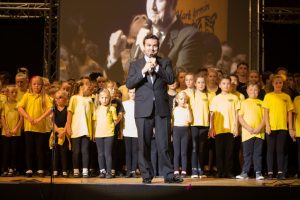 Over the past 25 years thousands of talented young performers have had the opportunity to learn from the expertise of the Mark Jermin Stage School and Mark himself. And on Saturday 8th July 2017, many of those who have benefited from the advice of teachers returned to celebrate the school’s 25th anniversary at Swansea ’s Brangwyn Hall. The event featured song, dance and a series of devised drama pieces which were elegantly introduced by a number of past students and familiar faces.

It was an incredible evening, very nostalgic in parts but with the emphasis on the students at the school today who gave brilliant performances to many parents’ delight! The performance received an incredible standing ovation following its stand out Finale. The school has produced many actors on today’s screens and stages and still to this day has a remarkable track record with both children and adults working professionally in the industry. Saturday night’s performance celebrated the success of the Stage School as well as the memories and students that have come from it over the years. 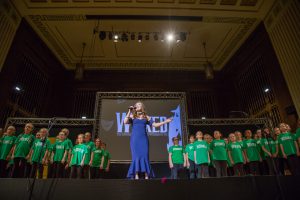 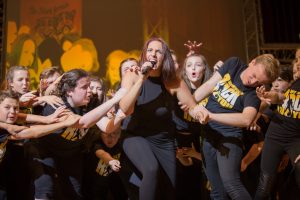 “It is amazing to think the school has been going for 25 years. I would never have thought when I was starting out that it would be as successful as it has been. It has far exceeded my expectations of what I hoped it would be.”

“We have had thousands of young people working with us over the years, and it was wonderful to see so many of them come and join our celebration, as well as old faces.”

Under Mark’s guidance, students have gone on to train at specialist colleges including RADA, Royal Welsh College of Music and Drama, Arts Educational Schools London, Bird College and Guildford School of Acting. They have also gone on to perform on television, stage and screen. 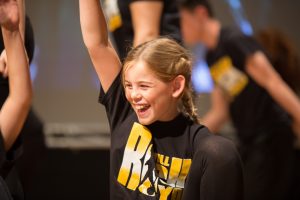 The Mark Jermin Stage School now boasts of being the largest and fastest growing specialist performing arts educational institution in the UK.

Around 700 people turned up to take part in the Anniversary evening, join in with and watch the Brangwyn Hall celebrations, with 14 schools also getting involved.

“It was an amazing night, and amazing to be celebrating 25 years. We really enjoyed ourselves and it was the perfect way to mark our jubilee. Here’s to the next 25!!”