We do like to celebrate in Wales; it’s a huge part of our Culture! So what better way to express our Welsh Pride than to dance through the streets and scream it from the rooftops. This year, Swansea City certainly lead the way when it came to celebrating St David’s Day as they proved that Swansea truly is proud to be welsh!! 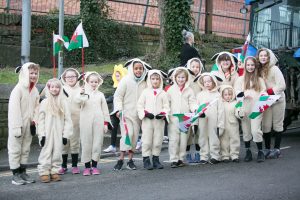 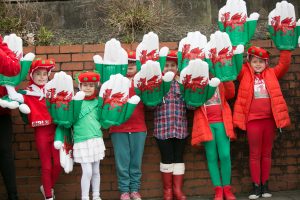 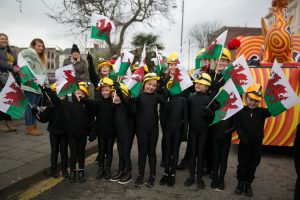 On Saturday 3rd March 2018, Jermin Productions produced Swansea City’s St David’s day Parade in partnership with the Special Events team at Swansea Council. The event was a full scale Parade through the City Centre which involved all aspects of the local community, from schools, to coirs, to YMCA community groups and also well established pipe and brass bands. With a number of activities and events planned thought out the week, the ‘Pared Dewi’ would be the final celebration of St David’s Day in Swansea.

The parade began at 2:30pm and offered a wide variety of entertainment in a patriotic and vibrant display of movement, music and culture. The parade featured marching bands, stilt walkers, welsh choirs, dance troupes, giant inflatables and also some welsh themed floats. Through the event we celebrated and explored all the many aspects of Welsh culture and also what it means to be welsh, this meant that rugby, agriculture and the industrial revolution were among the many topics that were featured in this spectacular, walking procession. 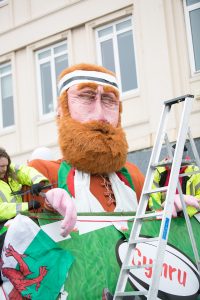 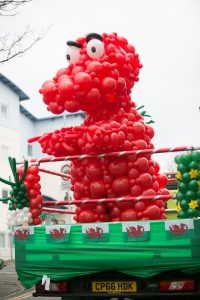 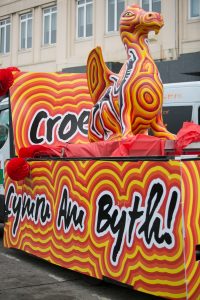 The 2018 St David’s Day Parade made its way from the Kingsway, along Oxford Street, through the City Centre and down Wind Street before finishing up at the National Waterfront Museum.

Overall the event was a huge success and saw hundreds of people take to the streets to cheer on our perfectly patriotic procession, some locals even braved the cold to join our performers on the route! It was a motivational and positive day filled dragons, daffodils and heaps of WELSH PRIDE! 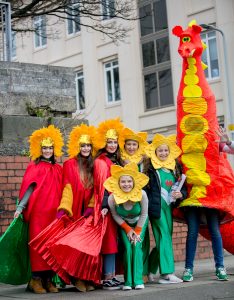 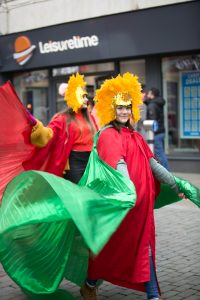 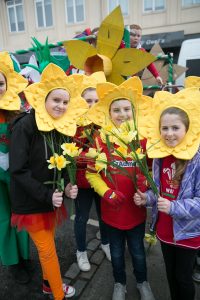 We would like to say a special Thank You to all of our performers for helping celebrate St David’s Day in style and making this year’s parade a promising tradition! 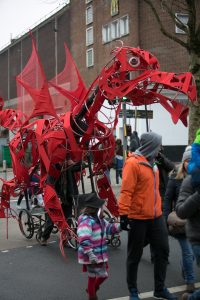 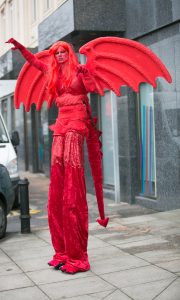 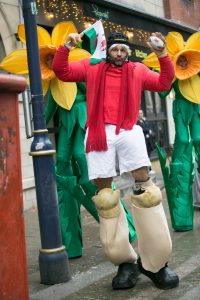