Hello, only Nia here, with all my news after spending some time in Toronto Canada on the musical Annie! 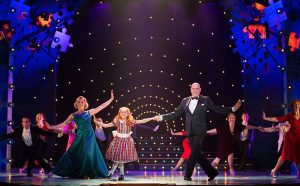 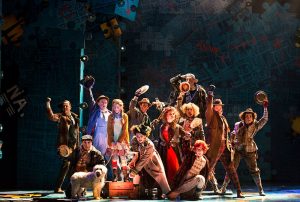 A big Thank you to the creative team for allowing me to be part of this special show, which is a musical that is very nostalgic to me, as it gave me my first taste of the stage and performing bug having performed in a few productions of Annie as a child. This Canadian run of the West End Production (Creative Team: Nikolai Foster / Nick Winston / George Dyer) has been spent with a great company, and as a Swing on the show, there was never a dull moment meaning I really was ‘never fully dressed without a smile!’

As always when working on a show, it is so inspiring to witness first hand what a collaborative form of live Theatre and particularly Musical Theatre is, how every department and individual works to form one company and one live theatre show, all the cogs work together and fit into place so beautifully having rehearsed and ran scene into numbers relentlessly. Since forming Jermin Productions a few years ago, I’ve really recognised how hard every individual on and off stage works in preparing and running a show night after night, show after show and I’m always in complete awe of the teams that put all these people together, and create the shows that we all enjoy attending and applauding! A special mention to one of my recent Annie producers, the legend Mr Paul Elliot who gave me one of my first taste of performing professionally as an 11 year old Lucy McFadden in the musical comedy: The Goodbye Girl (with Gary Wilmot and Marti Webb.) My time on Toronto’s Annie has been great, not only to work again with Paul and learn from him and his team but to also meet Pantomime veteran Michael Harrison and to work for him and David Ian who both have a whole aspirational archive of award winning and highly acclaimed productions between them, something which I am of course hopeful of accomplishing even one in the near future!

It has been another juggling act of a few weeks for the JP Team, not only from battling our mammoth schedules for each individual in the team, but due to the big pond in-between our working offices and the time difference, there have been some very late nights / 4am Skype Calls and brainstorms as we cement scripts, storylines and show tunes for our 2018 Season.

All is ticking along though, script drafts have been rewritten, casting breakdowns have been submitted and I can’t wait to share and launch our 2018 Pantomime cast as well as reveal our ALADDIN Production live on stage to our South Wales audiences.

We are also awaiting to say “Action!” on our Summer Production of “Up Next At the Movies 2018” who like the musical of Annie with its actresses playing the orphans, will showcase many hopeful, and enthusiastic young and talented performers. This year’s July Production will play at our largest and most exciting venue to date: The Grand Theatre Swansea and Tickets for this evening of spectacular sound tracks and routines from critically acclaimed films will definitely be an evening to remember as well as celebrating the amazing talent South Wales has to share.

It was brilliant to see how fantastic our hometown of SWANSEA looked as part of the Radio One’s BIG Weekend of which we were delighted to be a part of: Mark (Jermin) led a Masterclass with the Radio One Academy and you can see how it went right here:

Other news includes the team busily prepping some of The Mark Jermin Stage School students for their performance at the 2018 Women’s Inspire Awards to give a heartfelt feel good message within their performances. Good Luck everyone involved!!