This month over 500 children will be gracing the stage at Swansea’s Grand Theatre to show that Wales certainly has Talent! In one of Wales’ largest showcases for young performers, over 15 schools, clubs and groups will be uniting under one roof in a unique showcase displaying the versatility of talented youth from our local areas.

In less than one month Swansea’s most prestigious theatre venue will be overrun by performers, singers, dancers and entertainers as the new and unrivalled Up Next South Wales celebration returns, this time bigger than ever. This year the production has been given a Hollywood makeover with a touch of the OSCARS as it moves to The Grand Theatre in Swansea with a brand new 2018 theme.

And Action! It’s time to reel the talent in as movie magic arrives at the Grand Theatre Swansea. Soloists and groups from the most elite schools and organisations will star in this movie spectacular, performing routines, and songs from your favourite films and sound tracks. So grab your popcorn because we’re inviting YOU to walk the red carpet and applaud the stars of tomorrow in this thrilling showcase, Up Next At The Movies arrives on Friday 20th July 2018! 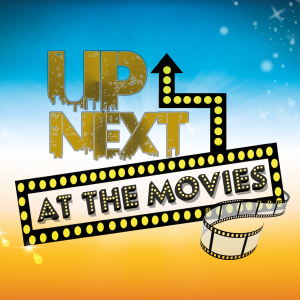 What is Up Next?
Up Next was first established in April 2017 when the Up Next Team and the South Wales Evening Post launched a nationwide campaign to find the most exciting, up and coming performers with the overall aim of uniting them under one roof in a mass celebration of Wales, and it’s younger generation. Each year the performing arts industry is becoming increasingly difficult to crack into and succeed within. Over the country there are thousands of young performers waiting for their big break and an opportunity to shine therefore the Up Next Creative Team and South Wales Evening Post created a local platform to help give young performer a voice and an opportunity to showcase their ability and talent.

One year on from the first Up Next Showcase, a THIRD Up Next production is set to arrive at The Grand Theatre in Swansea which will be the largest platform to date. For one night only schools and groups who would usually compete against one and other will be uniting to celebrate each others talents and achievements. 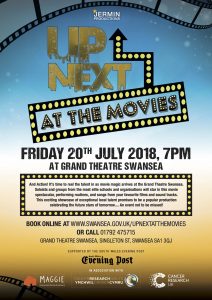 This July, the Up Next At The Movies production will be in support of three carefully selected charities who will all benefit from the proceeds and donations made at this live performance. Up Next have announced that their 2018 Charity Partners for this Summer production are Maggie’s Cancer Care Charity, Cancer Research Wales and Cancer Research UK meaning this local showcase will have a national impact for such worthy organisations.

This year Maggie’s will partner up with the Up Next Creative team for the third time within the last 12 months and the Swansea centre has already experienced the support, awareness and donations this youth project can raise. Lucia Osmond, Fundraising Manager at the Swansea Centre explains the impact that the donations have on their local organisation.

“Maggie’s is delighted to once again be supporting UP NEXT this year. Jermin Productions has supported Maggie’s with various fundraising initiatives over the last few years so we are excited to be the chosen Charity Partner of this new show – UP NEXT AT THE MOVIES which will make a huge difference locally. We wish the team lots of luck!” 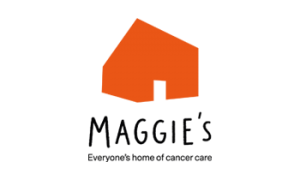 Up Next is set to put Swansea’s Grand Theatre on the map as a central hub for this year’s celebration. Buzzing with potential, this event will not only invite a wider audience to the 1,000 seat theatre but will also showcase quality entertainment in it’s youngest form. With just one month to go, all of the 2018 performers are busy tweaking their costumes, perfecting their technique and adding the final touches to their blockbuster themed performance pieces. This year over 17 groups will be feature in the one night only line up set to take Swansea by storm on 20th July 2018.

Tickets are NOW on sale for this elite showcase which will promote the best of upcoming talent here in South Wales. Come and join the future stars of tomorrow and see for yourself whose spot in the limelight is… Up Next!

To book tickets or for more event information please contact The Swansea Grand Theatre on 01792 475715 or book your tickets online HERE!! 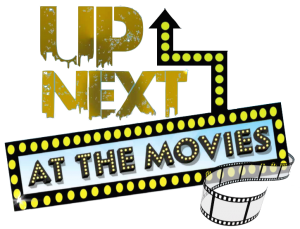