What better way to kick start the festivities with the family this Christmas, than a visit to South Wales’ most popular touring Pantomime Cinderella! Proudly supported by Admiral, the rags to riches tale about the heroine, fondly known as Cinders and her dashing Prince Charming are inviting you and all your friends to catch the curtains rising on the magical Pantomime Cinderella at Port Talbot, Carmarthen and Llanelli Theatres this November and December!

Performances will run from 29thNovember right through to the 24thDecember, making this the ultimate family feel festive outing to gear up for the big day,  and with group offers and selected discounts, there are plenty of ways to save whilst getting a spectacular Royal Ball Pantomime experience!

“On the 12thDay of Christmas, a Theatre gave to me, Panto tickets for the family….!”

The midnight chimes are not the only counting Cinderella has to worry about, There are now just 7 days to go until the first live performance of this fantastic family friendly show that offers audiences something for everyone including Public performances, British Sign Language assisted performances, discounted School performances, specifically catered Relaxed Performances and for those who want a night away from any children, you can attend one of the Adults Only risqué versions of the Production, which promises to be a raucous riot of a show!

“We are super excited for this year’s Production” exclaims Mark Jermin from Jermin Productions. “Cinderella is the most magical of all the shows and we’ve really revamped the script and characters to ensure its very colloquial to the areas we visit.”

“The audience of each performance are literally the heart of the Pantomime” adds Nia Jermin, sister to Mark and fellow creative on the show, “So we’ve tried to include as many local references as possible and ensure there is something for everyone from Unicorns, to Brexit, to Love Island to Kevin the Carrot…. It’s all in!”

The pair are no strangers to the stage and limelight and have had quite the year. Mark is director of The Mark Jermin Stage School as well as a theatrical agent to many of the UK’s leading actors and actresses via Mark Jermin Management many of whom will be on screen during the Christmas period.

“The lead up to Christmas is always a really busy time of year, with the filming of the infamous Christmas commercials and Christmas television specials. it’s also great to celebrate what everyone has achieved throughout the year” says Mark.

“I’ve had past students from the theatre school win Baftas this year,  Clients have worked on huge feature films and HBO television series and this Christmas, we’ve got the most students on screen on Christmas Day than ever before, including the Christmas Day special of Gavin and Stacey, an episode that an ex stage student actually cast… it’s a small world!”

Nia will be equally as busy doubling her time as Pantomime maker as well as treading the boards in the West End production of Curtains The Musical alongside Jason Manford. Both Mark and her worked on this year’s Swansea Pride Events, and it was Nia’s role on the Swansea Pride committee that won her a Women In Business Award in October for Champion for Change for the LGBT+ Community in South Wales.

“I’m delighted to be returning to the West End this December” says Nia who will be at the Wyndhams Theatre London in the ‘Whodunnit” Kander and Ebb production from 13thDecember “But at the moment Pantomime is taking priority!” 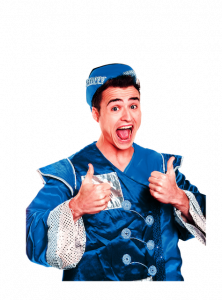 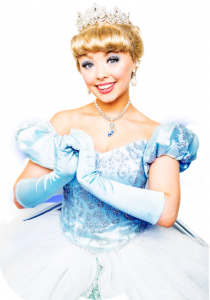 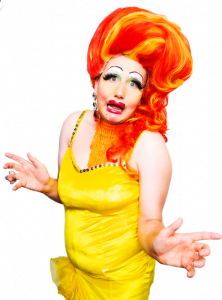 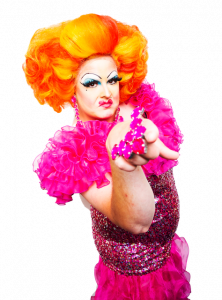 “This year is definitely not one to miss” exclaims Adam Byard from Pontipridd, “The sketches and gags this year are brilliant and we are all having a lot of fun in rehearsals!”

The dynamic duo playing Cinderella and JJ Buttons will be joined by Jordan Bateman and Ryan Edmunds as the frightfully funny step sisters, Lewis Brimfield as the Prince and Bethan Searle taking her Unicorn reins as the beautiful Fairy Godmother.

From 29thNovember through to the 24thDecember the cast will be travelling by pumpkin coach to three fantastic South Wales theatre venues where they will be stunning audiences with their dazzling and spectacular 2019 Pantomime, Cinderella, and you’re all invited to this Royal Ball of a Pantomime this Christmas as Cinderella kicks off her crystal slipper and arrives in The Princess Royal Theatre Port Talbot, The Lyric Theatre in Carmarthen and Theatr Y Ffwrnes in Llanelli.

There will be music, magic and mayhem amongst a story which sees a beautiful young girl tormented by her hideous sisters before transforming into a mysterious Princess and falling in love with her Prince at his Royal Ball promises to be a fantastic festive family treat for all ages!

Audiences can expect laughter a plenty from a brilliantly inventive script, beautiful costumes, lavish sets, incredible special effects and musical numbers from a spectacular live band that are sure to get everyone dancing and singing along! The charming tale of true love, friendship and magic will be told by an uber talented cast in this jam packed production.

An Accessible Pantomime for all…

Over the years it has become incredibly clear that Jermin productions focus on making their pantomimes as accessible as possible. They aim to do this by performing Cinderella in three spectacular venues across South Wales and ensuring that a range of communities have access to a full-scale, professional Pantomime in their local area for affordable prices.

Nia explains that Jermin Productions strive to be an all-inclusive and accessible production company.

“Our main aim for our Pantomime productions was to make them accessible to each and every member of our community. This year we are delighted to once again produce BSL Signed Performances and our very popular Relaxed Performances”

Relaxed performances aim to welcome people into the world of Pantomime who will benefit from a more relaxed performance environment. Audiences who may prefer this type of performance may include Autism Spectrum Condition, sensory and communication disorders or a learning disability. There is a relaxed attitude to involuntary noises and movement from audience members within the auditorium. For our Relaxed Performance there will be small changes to elements of the production to reduce the intensity of the Pantomime production in order to make this exclusive performance appropriate and accessible to all.

Nia continues, “This exclusive performance will be taking place on Saturday 21st December at 11am at The Ffwrnes Theatre in Llanelli. This is an incredibly special performance to us as a company and is so rewarded to welcome community groups and families to the theatre who have never before been able to experience this type of all-inclusive theatre.”