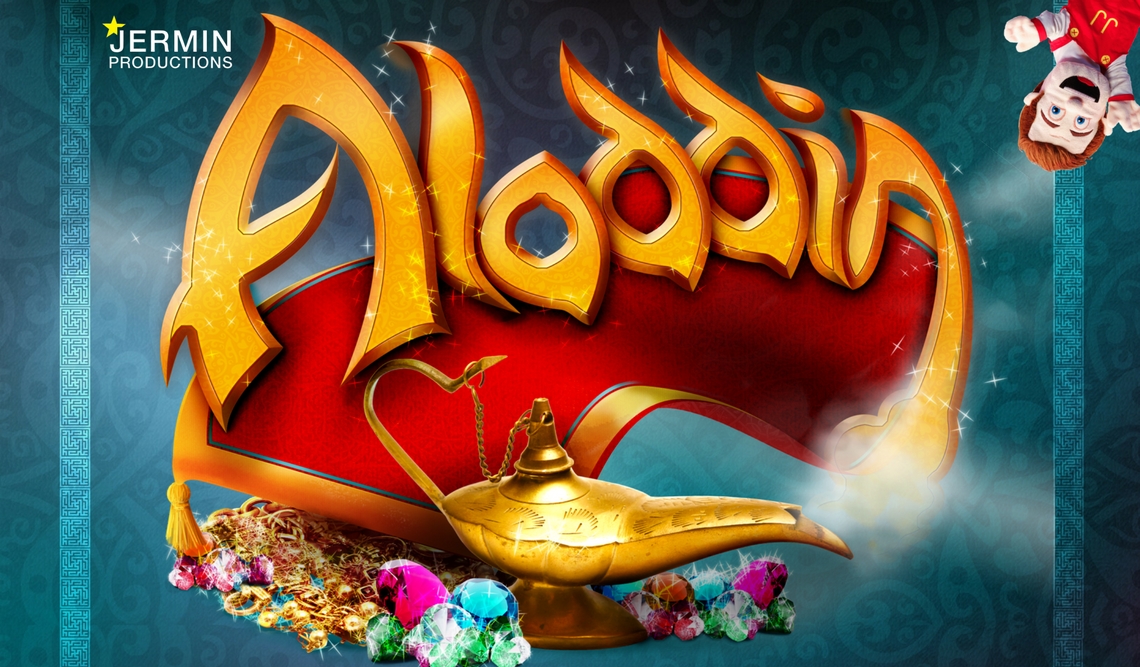 Jermin Productions returned to theatres of South Wales in November and December 2018 with the amazing Aladdin Pantomime, a family friendly production that astounded and amazed audiences of all ages!!

Jermin Productions jump aboard a high-flying carpet  on their most magical adventure yet! We offered the exotic delights of this Arabian night Pantomime to welcome the story of ALADDIN accompanied with a magnificent set, dazzling costumes and sensational cast. 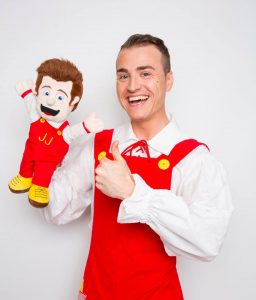 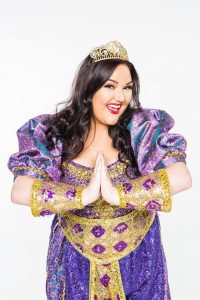 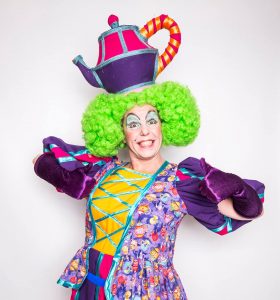 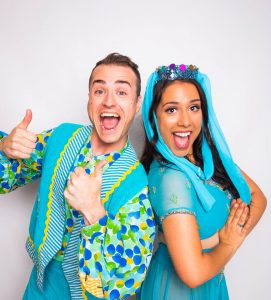 The Reviews are in:

“This year’s clever adaptation is bursting at the seams with glitter, gags and glamour”

“Charismatic Gareth Thomas as hero Aladdin showcases his voice beautifully throughout the Production.”

“A riotous mix of comedy, choreography and special effects supported by a script bursting with belly laughing innuendos.”

“Mark Jermin hasn’t just stepped this year’s Pantomime up a gear, he’s gone full throttle with impressive production values that take Aladdin to a new level for the company” 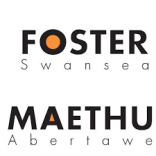 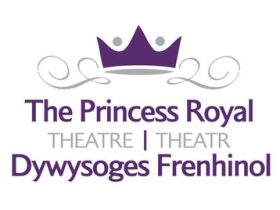 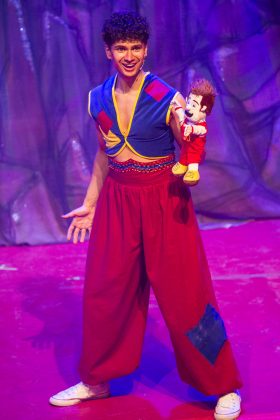 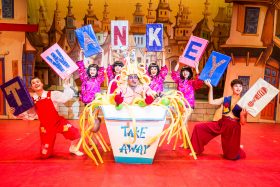 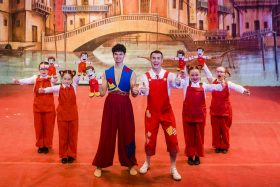 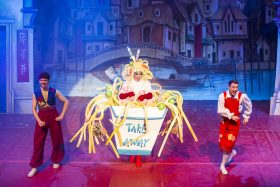 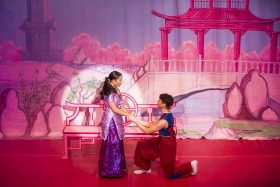 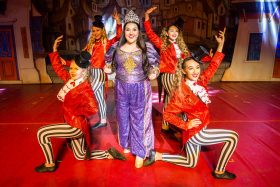 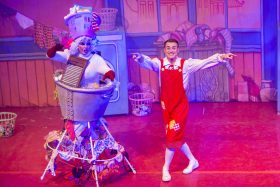 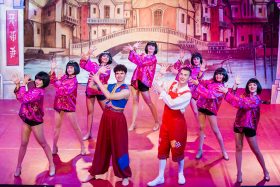 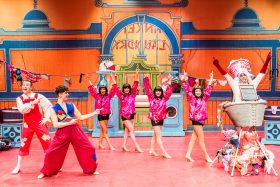 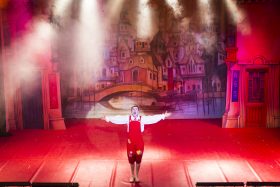 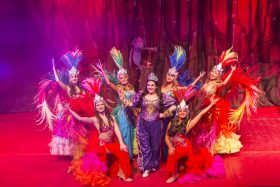 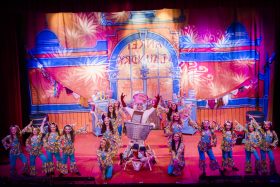 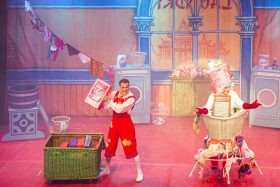 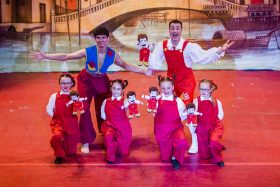 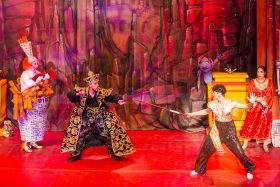 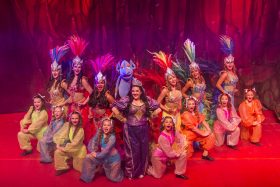 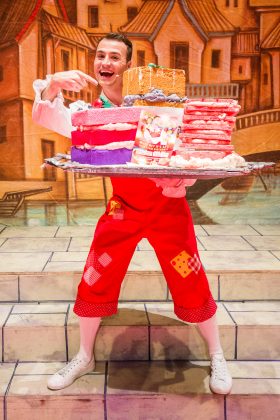 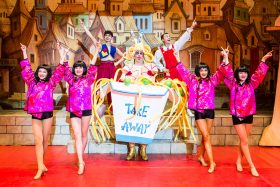 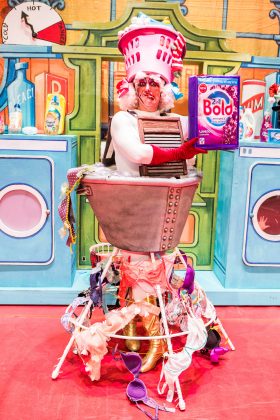 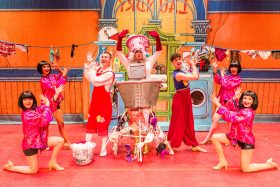