This 2014 Pantomime production continued to receive rave reviews from South Wales Evening Post’s and Mark Rees branded the productions as “A SPECTACULAR pantomime with its finger well and truly on the pulse” and acknowledged the “trademark ultra-local feel throughout, tipping the hat to many a local business”.

Taking the audiences of Penyrheol Theatre on a magical carpet ride, Jermin Productions followed the tale of street urchin Aladdin, in the mystical pantomime of them all. Living with his mother Widow Twanky and brother Wishee Washee in Peking he dreams of a life of riches and fortune after his first meeting with beautiful, royal Princess Jasmine. However, the evil Abanazar was on the prowl, conquering for all the power in the universe. Audiences were on the edge of their seats in 2014 wondering if Aladdin would be able to conquer the evil Abanazar and reunite with his princess with the help of Magical genie and slave of the ring.

2 popular faces from CBBC leding this star studded cast with Amy Leigh Hickman (Carmen Howle in CBBC’s award winning show The Dumping Ground) as Princess Jasmine and Leona Vaughn who is recognisable to lots of teenagers and children from playing Jana in 3 series of teen drama “Wolfblood” appeared as the Slave of the Ring.

Joining them was Swansea based fitness star Tara Hammett from BBC show “Is My Job Killing Me?” and back by popular demand from last year’s Pantomime is Adam Byard as Wishee Washee. 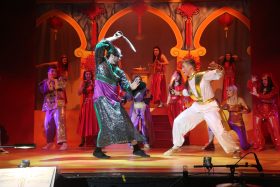 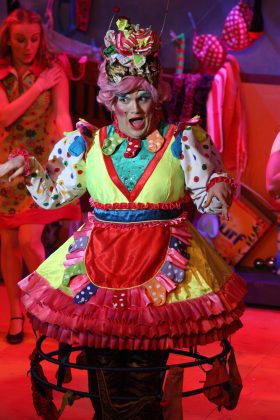 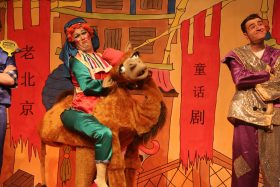 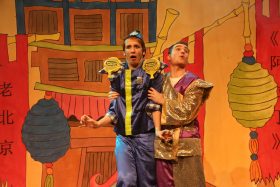 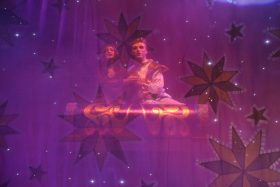 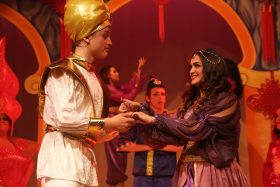 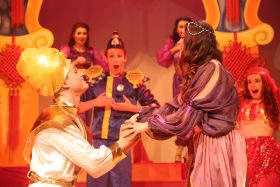 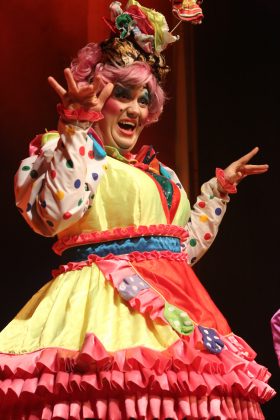 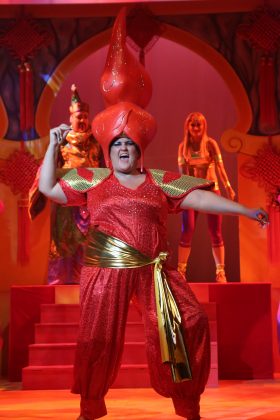 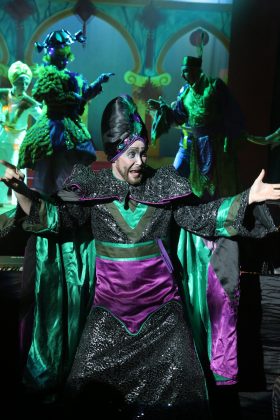 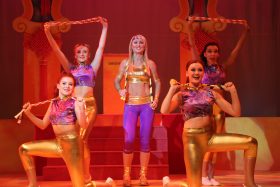 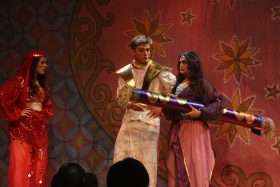 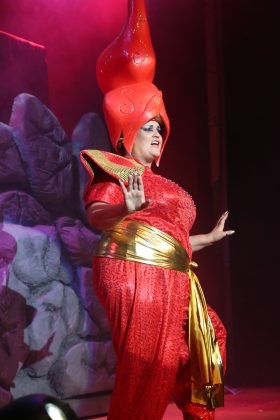 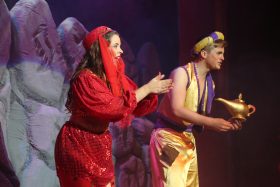 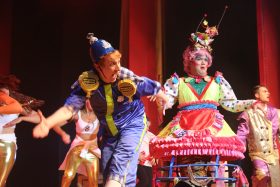 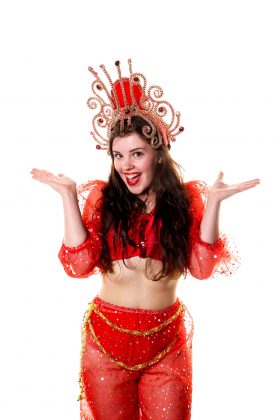 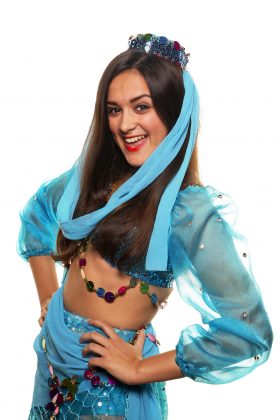 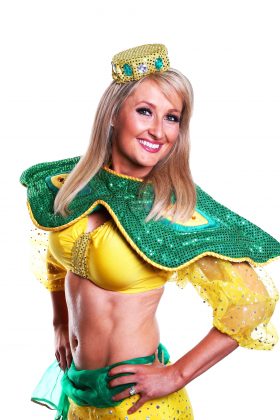 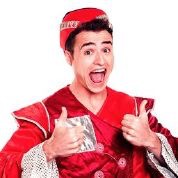 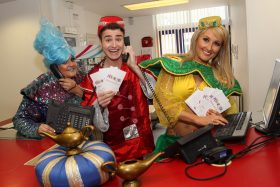