Ghostbusters Live: On Stage and Screen 2014

“GHOSTBUSTERS Live was a spectacular Halloween event that took South Wales by storm!

For the first time ever in Swansea, Jermin Productions invited audiences to a live immersive screening of the 1980’s cult classic film “GHOSTBUSTERS” at Penyrheol Theatre. Members of the general public were welcomed through the doors of Penyrheol Theatre and into the 1984, New York setting where they were transformed into guests at the classic Sedgwick Hotel. The event transported the ordinary movie viewer into the action of the film to experience the sounds, smells and tastes of the New York atmosphere. Each audience member was submerged into the thick of all Ghostbusting action of the fantastic 1980’s film which in 2014 celebrated it’s 30th Anniversary.

Ghostbusters Live! promoted an interactive, immersive style piece of theatre, mixing cinematic film with live actors and experiences to savour all the senses this Halloween.

This Halloween event was described as a ‘groundbreaking’ viewing which offered a ‘fantastic evening out offering fun for the entire family’. 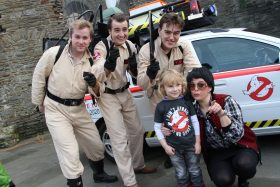 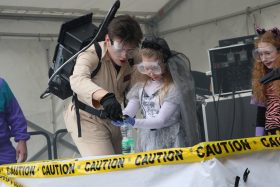 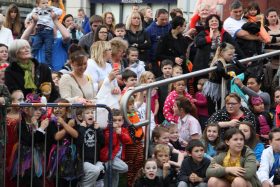 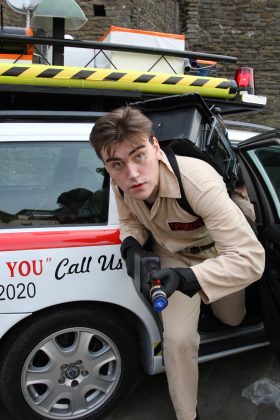 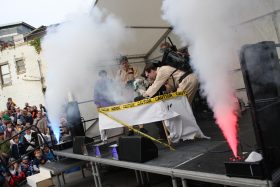 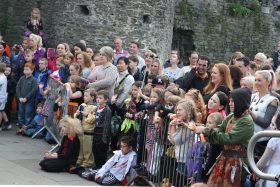 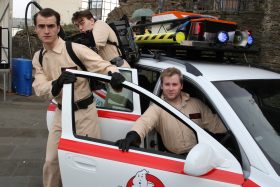 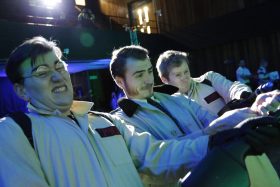 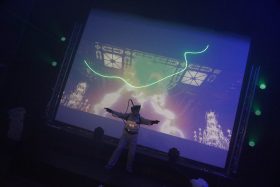 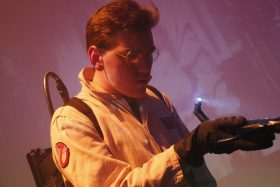 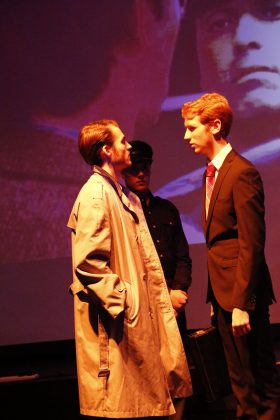 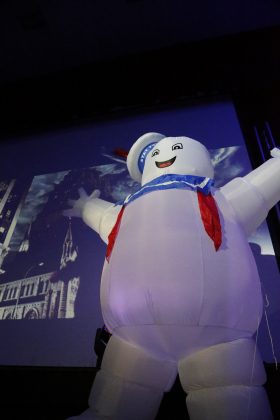 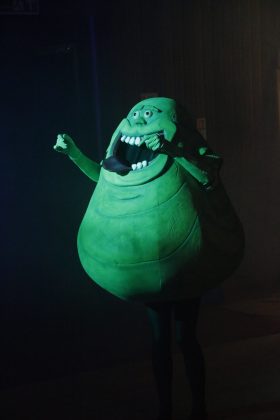 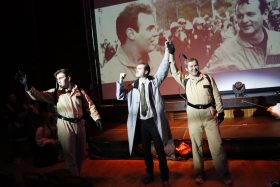 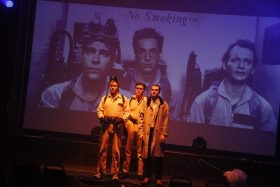