A SPOOKY Halloween spectacular saw hundreds of visitors flock to Swansea city centre in October 2013. Scores of families and shoppers were greeted to fun activities, entertainment and a special dance at Castle Square where 150 dancers re-enacted Michael Jackson’s Thriller dance which created a huge spectacle for shoppers and families on Half Term.

The event was organised and run by Jermin Productions, as part of the Big Heart of Swansea campaign. The day also saw three entertaining “Scooby Doo” style shows with characters appearing after each show with the Mystery Machine! There was also a singing and dancing Pumpkin Parade and youngsters were entertained with activities at Swansea Market, freaky face-painting,

Swansea city centre manager Lisa Wells said it was great to see so many people in the city centre. “I was struggling to get from one side of Oxford Street to another,” she said. “It is all about promoting the city centre, which has been very successful.” 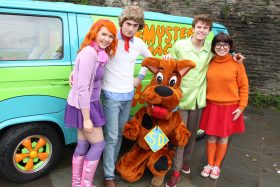 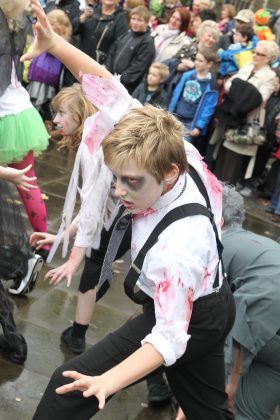 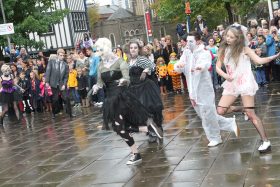 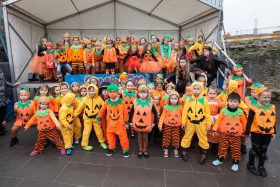 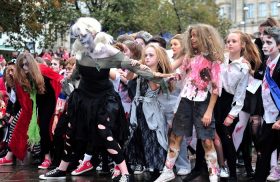 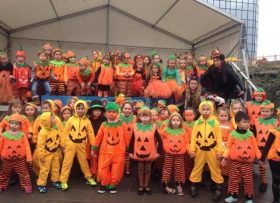 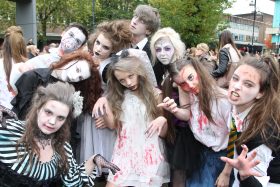 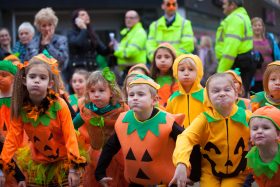 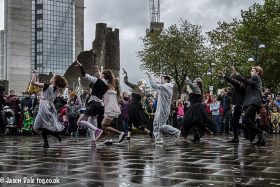 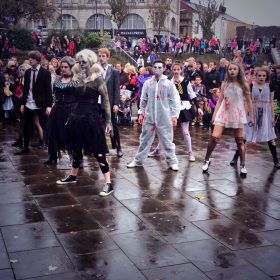