October 2015 saw Jermin Productions continue their working relationship with Swansea Council by co producing an event that painted the city centre of Swansea with all things Halloween to increase the footfall within the City Centre of Swansea.

Our team produced an action packed day filled with flash mobs, street performances, face painting as well as continuous live performances on the main stage in Castle Gardens, Swansea. The stage hosted a complete day’s worth of of local talent in the form of young performers and extravagant showcases.

Other activity included a live feed ‘SPOOK BOOTH’ which welcomed members of the general public to take a ‘spooky selfie’ that appeared on the big screen for all of the City Centre to see. The day grew to the ultimate Halloween celebration in the form of ‘The Longest Human Ghost Train’ which saw over 350 bodies marching through the streets of Swansea, singing and dancing to the pop hit ‘Ghost Train Funk’ with adapted lyrics and key dance moves.

The feedback received was excellent with our team declaring it “as the best Halloween Event to date!” 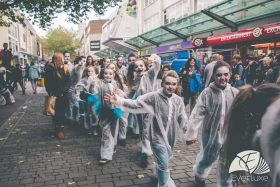 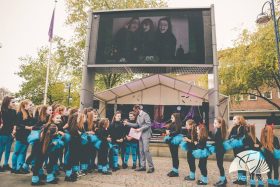 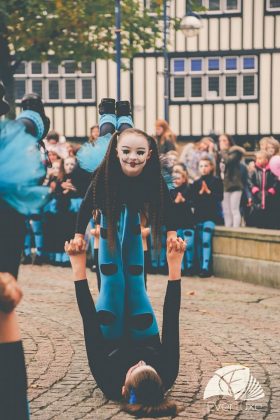 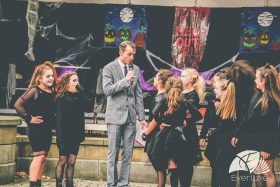 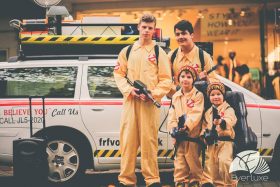 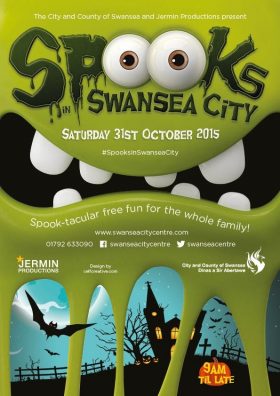 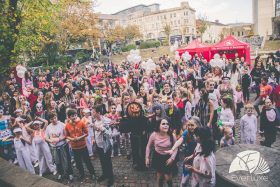 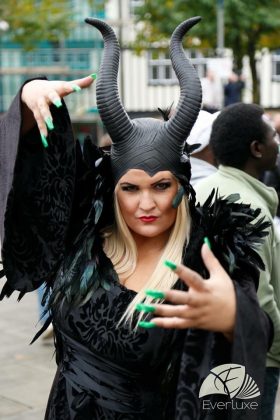 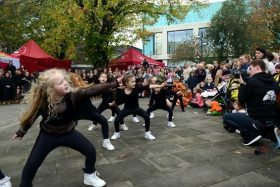 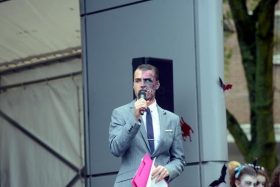 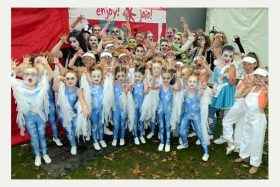 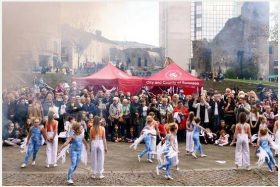 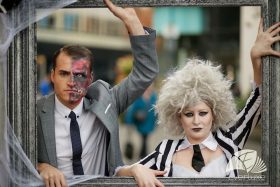