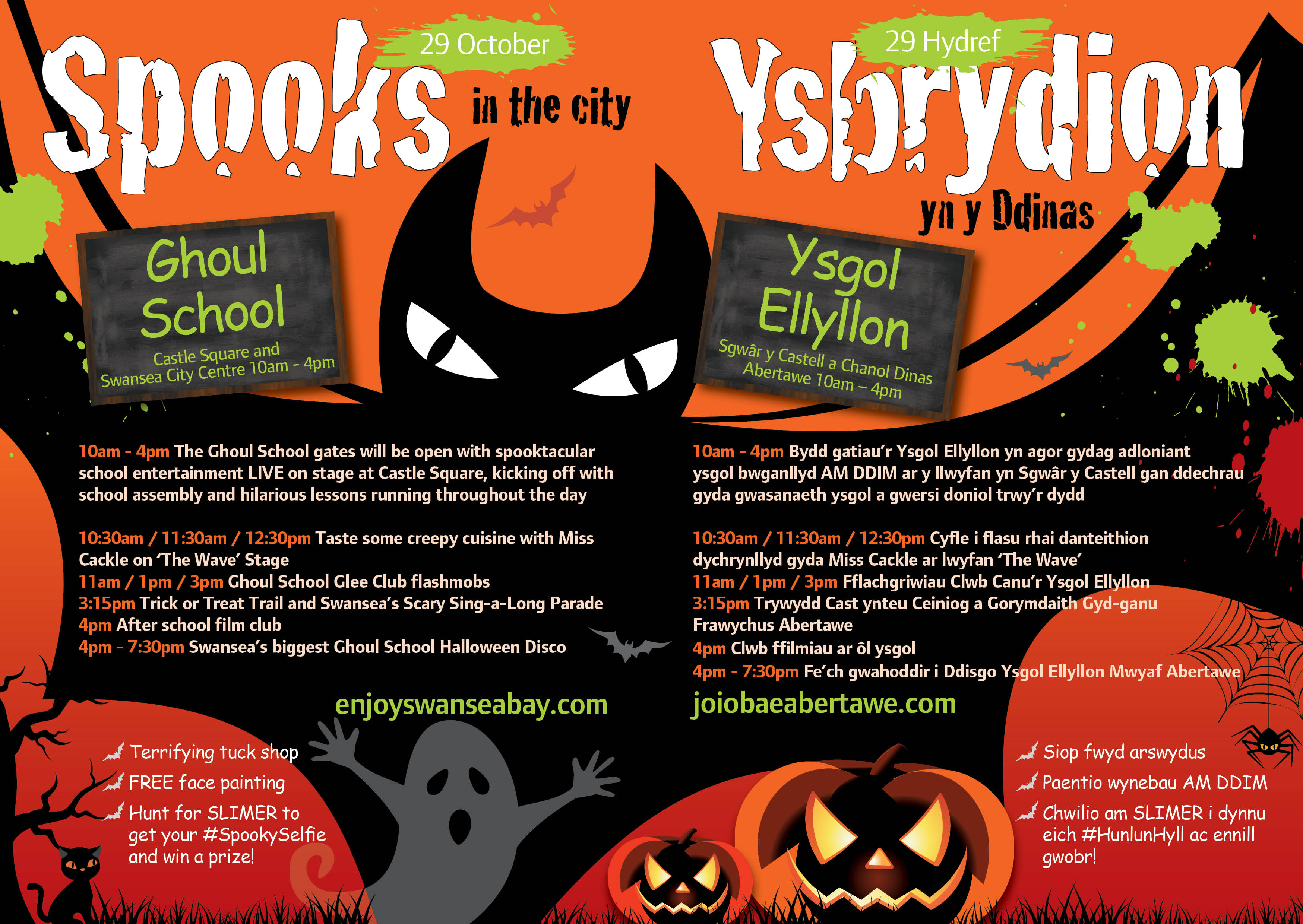 The GHOUL SCHOOL’S Hallowed Halls opened on Saturday 29th October as Spooks in the City returned for its 4th consecutive year! The annual Halloween Event in Swansea promised to be the greatest ghoulish affair to date, and it didn’t disappoint! Brought to you by the City and County of Swansea and Jermin Productions, the 2016 theme was “GHOUL SCHOOL RULES” and the teams made sure that every age group and audiences had something to scream about, with a whole host of free Halloween  entertainment in Swansea’s City Centre!

There was plenty of spooky school spectacular entertainment for the whole family including fun activities such as exploding Science lessons, School assemblies and the chance to try the gruesome grub at the School Dinner hall!

Prizes were handed out for the best homework and you other audience members got their school portrait taken recorded for Spooks in the City Ghoul School class of 2016! There was live music and entertainment through out the day all over the city centre and hundreds of trick or treaters were involved in the Ghoul Parade before graduating, and becoming part of Swansea’s best Halloween yet! 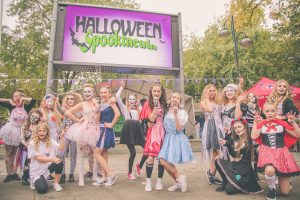 “We called all budding witches and wannabe wizards, Demon devils who needed disciplining and scary sorcerers who wanted to practice their spells!! They all went back to class this Halloween with Swansea’s Ghoul School and Halloween festivities in Swansea’s City Centre on Saturday 29th October.”

Yes it may have been Half Term, but there was no skipping potion class this Halloween! Did you join the mayhem, mischief and magic at Swansea’s Hallowed Halloween Halls for a fright free fun day out! Swansea’s GHOUL SCHOOL most definitely RULED this Half Term!!

“Did you plan to graduate as a conjuring warlock or wizard like Harry Potter or were you the worst witch of the class like Mildred Hubble? We even had the terrible terrifying teaching faculty join our school in the form of Miss Cackle, Miss Trunchbull, Professor Snape, Dumbledore whom were all led by the Ghoul School’s Demon Headmaster!” 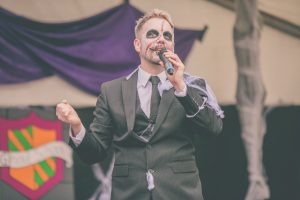 Have a browse through our pictures to see all the Halloween hilarity at Swansea’s Ghoul School where the Spooks in the City “Ghoul School” promised to be the best day at School you will ever have!

The Ghoulish Bell rang loud and clear to kick off the school day, Registers were taken and first on the timetable was to welcome all the new scary students and wacky wizards with a School Assembly. The Ghoul School song was taught and chanted through out the city and every one started  practicing their choir SCREAMING! Lessons followed in the form of a caldron exploding Science demonstration,and spooky students even sampled the bush tucker trial style canteen lunch that Creepy Cookie the School dinner lady served up! There was heaps of pupils’ participation all day and so much going on!! Participants then followed all the fun Ghoul School Rules to ensure everyone graduated with flying bat colours! 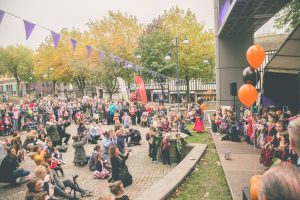 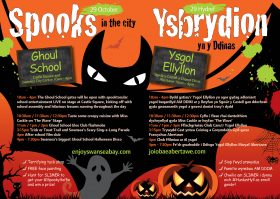 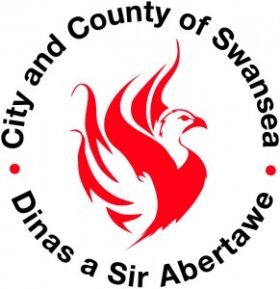 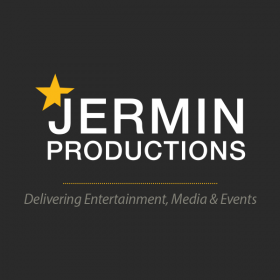 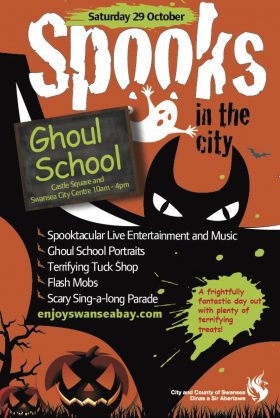 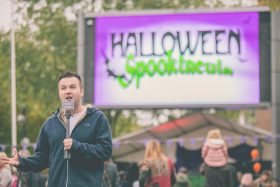 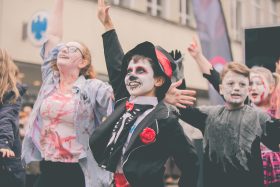 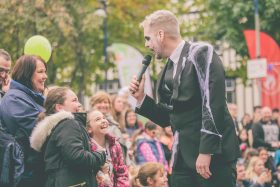 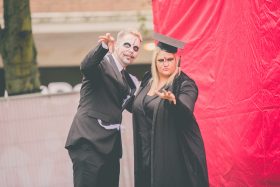 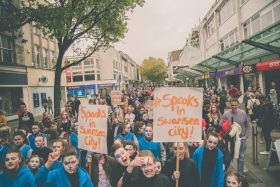 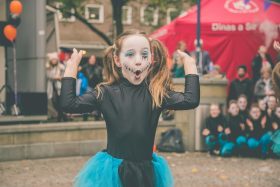 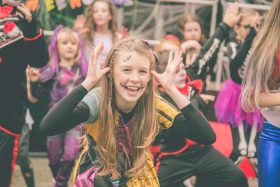 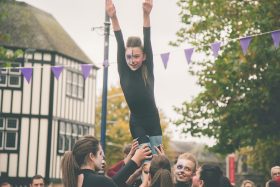 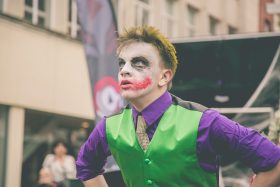 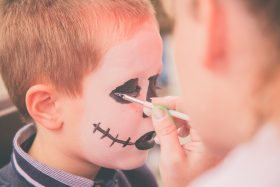 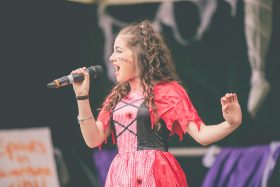 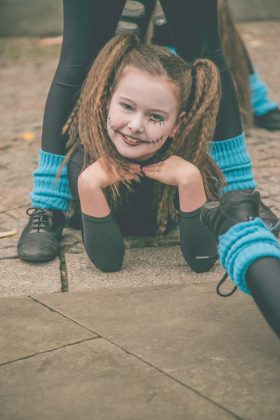 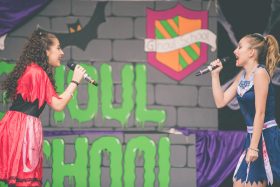 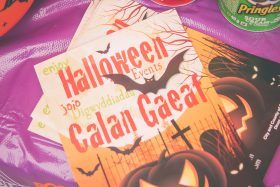 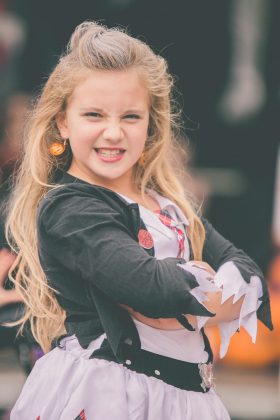